Harmony Arts Program was created to foster the interest of Moose Jaw's children who have a passion for the performing arts.  It is led by Jan Nelson and Kelsey Warren who have directed and supported many shows through the school sector and past organizations. These women are working hard with the support of other community members, to bring a high quality show to the people of Moose Jaw. If you are interested in joining the team, please feel free to reach out!
​Harmony Arts Program is driven to showcase the local talent of our young people! ​ 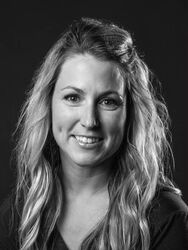 JanLaree Nelson is a mother of two and was involved in Community Theatre as a child. When her daughter discovered her love of theatre at about the same age, the passion came back for Jan!  She is producing her third musical through Harmony Arts and is proud of the work she did recently with Spectacular Storytellers Readers Theatre and her customized arts program in Prairie South Schools. In the past she supported RuBarb Productions as a volunteer assistant director where she was mentored by Evie Sawatzky. She learned that theatre is an art that brings community together. Jan is excited to encourage and enlighten the young generation with the beauty and joy of live theatre. 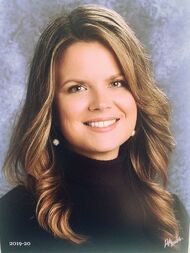 Kelsey Warren is a teacher at Vanier Collegiate and mother of three. She participated in both dance and theatre during elementary and high school. Kelsey has directed plays as well as volunteers backstage for Vanier’s high school musicals. The love of the arts has been inherited by her children who continue to get her involved in community programs. Kelsey has worked behind the scenes on Disney Jr musicals through RuBarb Productions, and cannot wait to help bring Aladdin Jr to the stage! 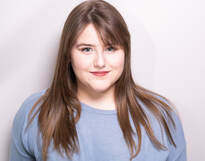 ​Marie Doucette Is a triple threat artist and performer from Moose Jaw, SK. She is a recent graduate from Randolph College for the Performing Arts in Toronto, ON. During her time there, she studied Singing, Dancing and Acting for Stage and Television as well as Musicianship and Costume Design. Marie has been dancing for many years and was involved in the Drama Department at A.E Peacock Collegiate. Marie is the recipient of the University of Regina Acting Award (2018). She represented Moose Jaw and Regina at the 2018 Saskatchewan Music Festival Provincials in the Musical Theatre Category. You may have previously seen Marie in a few Rubarb Productions. She is so excited to begin this new chapter and dip her toes into the world of being a Choreographer and Assistant Director in this production with the next generation of up-and-comings in musical theatre.

​Reese Nelson is in grade 12 and attends Central Collegiate in Moose Jaw. Reese has always loved music. She could hum songs before she began communicating with words! At age 6, she began working with RuBarb Productions and has had vocal, piano, music theory, film, and theatre training. She has also had training in dance, and has experience in Tap, Jazz, Ballet, Musical Theatre Dance, Contemporary, and Hip Hop. Since then, she has continued to improve her craft and share it with others. She loves working with kids and sharing her knowledge and love of music, and is excited to work with your child!

Documents of Support to HAP Parents